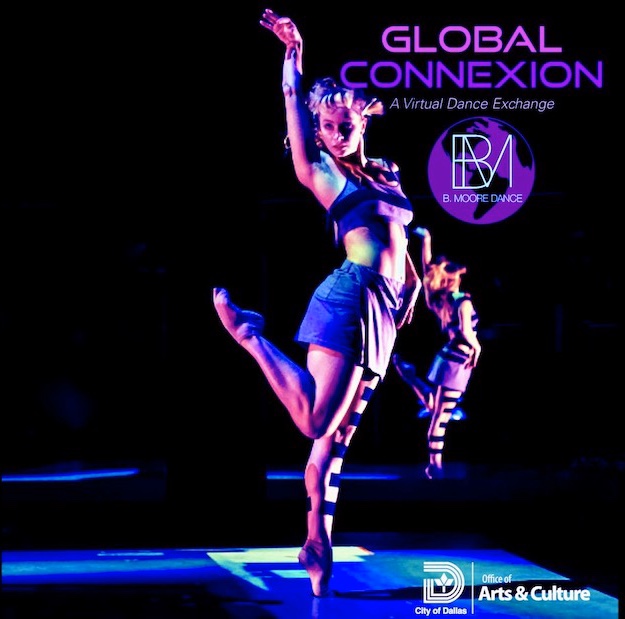 CONNECTING ARTISTS FROM AROUND THE WORLD! 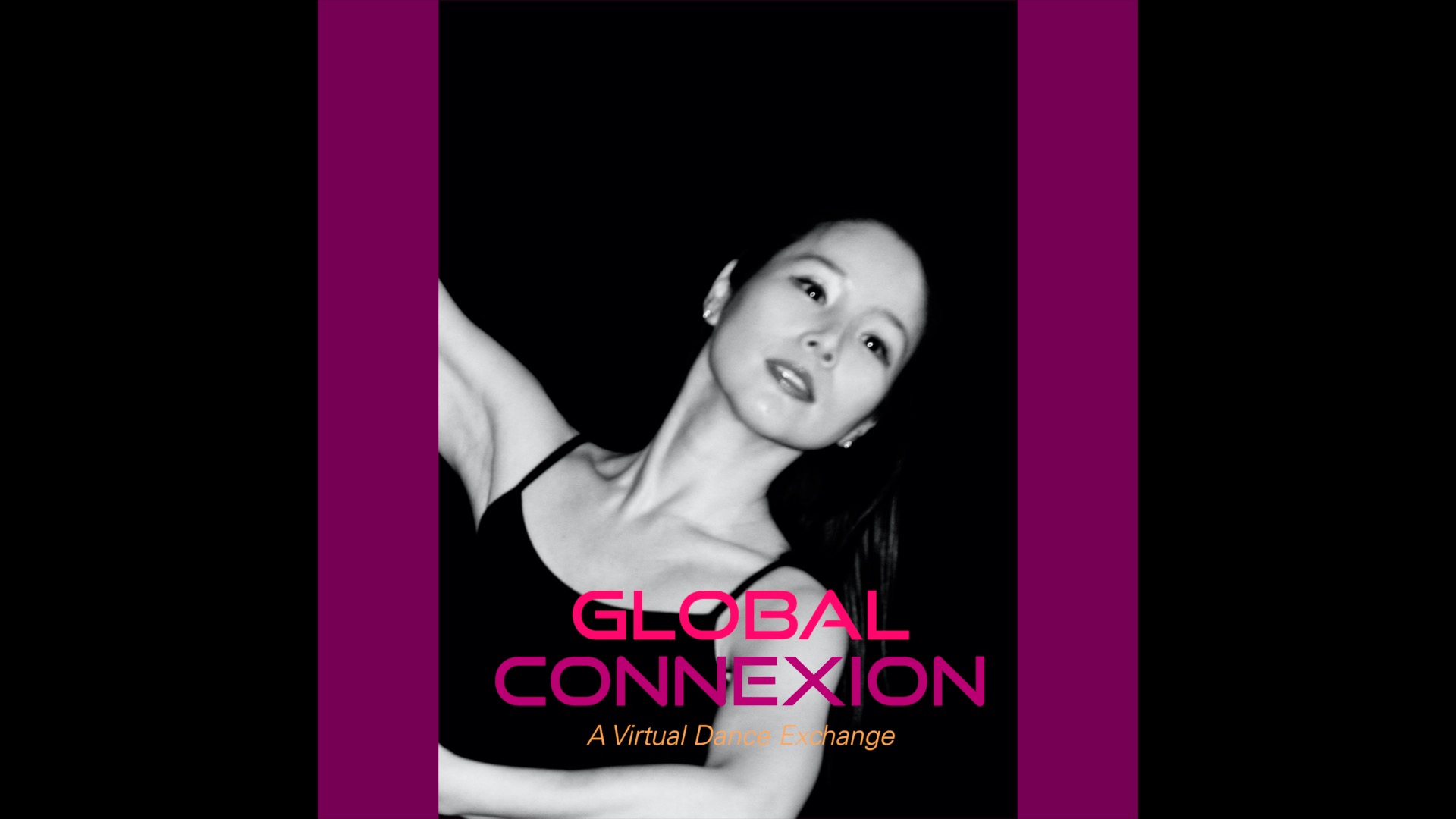 KIHYOUNG CHOI (SOUTH KOREA/FORT WORTH, TX) Dr. Kihyoung Choi is Coordinator of Dance Program and the Director of Movers Unlimited Touring Dance Company on the Northeast Campus of Tarrant County College. She received the 2017 Tarrant County College Chancellor’s Exemplary Teaching Award. Kihyoung holds a Ph.D. in dance with an emphasis in Dance Pedagogy from Texas Woman’s University. Kihyoung began her professional dance training in Yewon Art Middle School in Seoul, Korea where she rigorously studied ballet, Korean dance, and modern dance. Her choreography has been commissioned and presented for dance festivals and conferences including Dallas DanceFest, American College Dance Association Gala Concert, the Barefoot Brigade Dance Festival, Community College Humanities Association National Conference, Contemporary Dance Fort Worth: Dance Exchange, Fusion and World Cultures Symposium and Dance Concert to name a few. In 2019, her Korean Contemporary work, 人 [In]; human, has been chosen as one of the finalists at McCallum Theatre’s Palm Desert Choreography Festival and won the Ensemble Award. 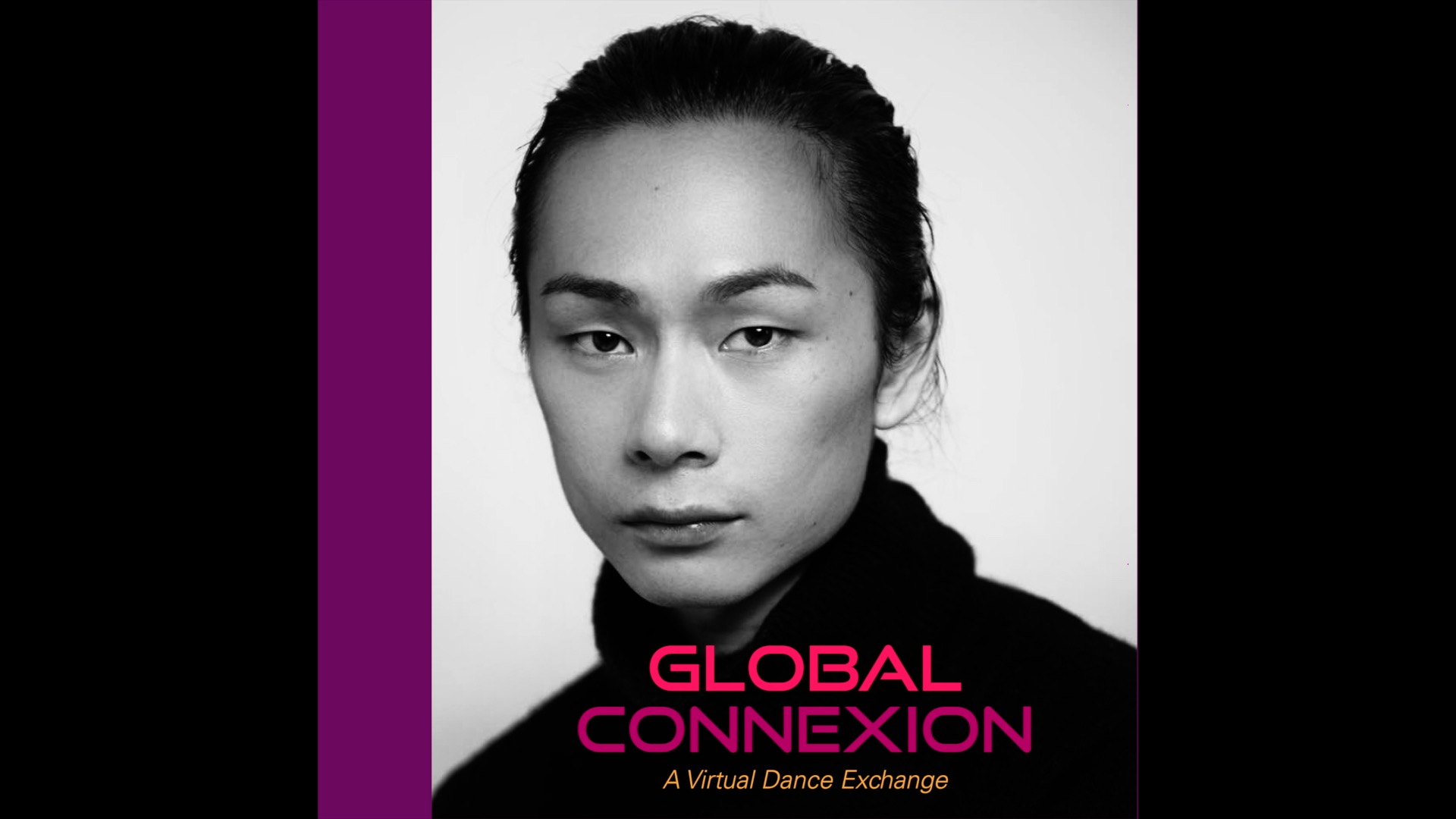 ZOU LONG (CHINA/GERMANY) Long received his dance training at Guangzhou Art School in China, as well as a full scholarship at Central School of Ballet in London,  after Prix de Lausanne in 2007. Long is the former Ballet Master for Jinxing Dance Theater in Shanghai, principal dancer with Les Ballets Trockadero de Monte Carlo in New York City, and now a company member of Richard Siegal / Ballet of Difference at Schauspiel Köln. Long  has danced numerous prestigious roles and toured with companies on international tours in countries such as Australia, Italy, France, Mexico, Japan, Portugal, Finland and many more. 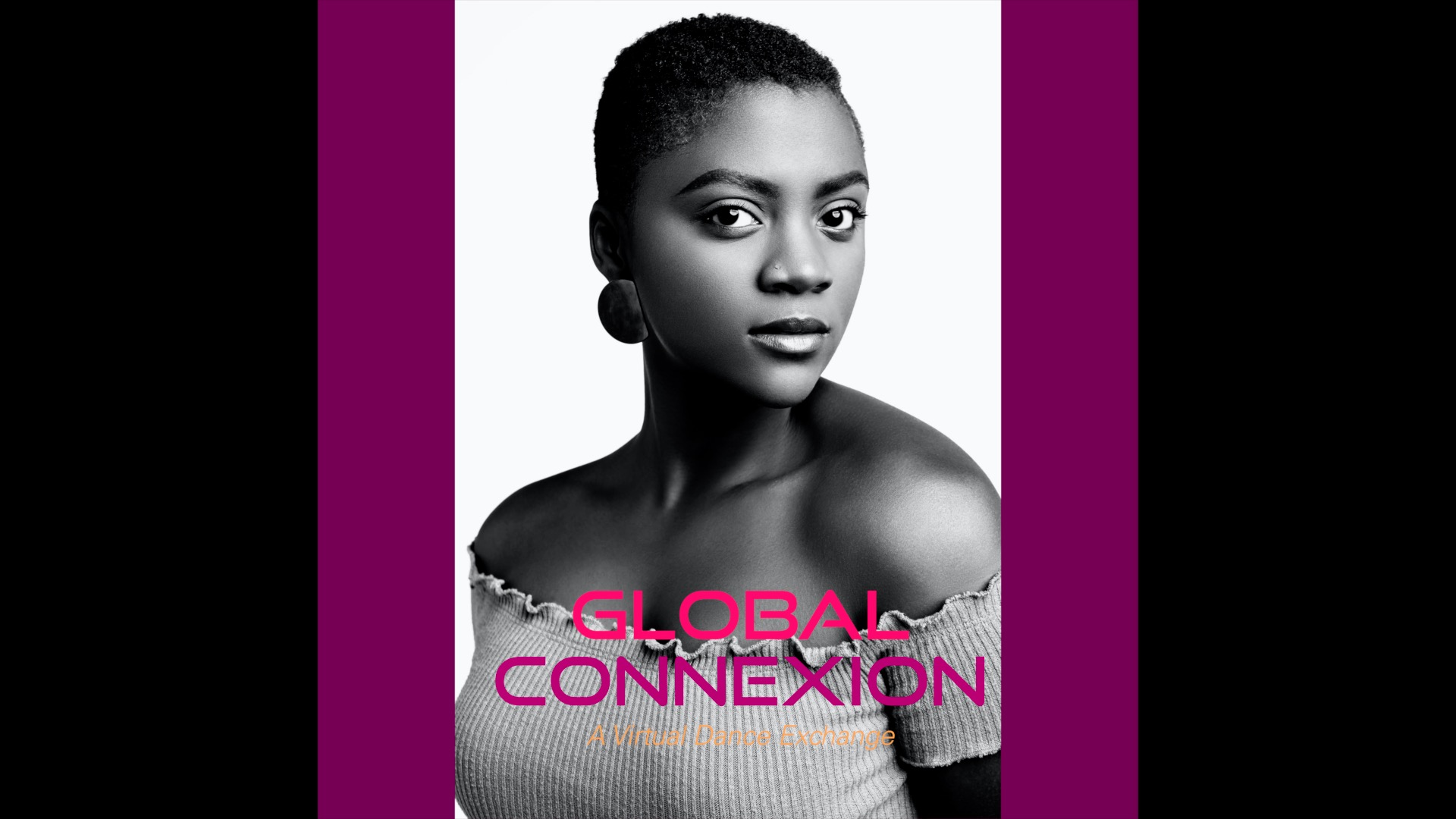 TAY DIGGS (B. MOORE DANCE-Company Member) a native of Baltimore, MD, began her formal dance training at Carver Center for the Arts and Technology and Towson University’s Community Dance Program; leading her to earn a Bachelor of Fine Arts in Dance and Choreography and Certificate in Global Education from Virginia Commonwealth University. She has also completed training programs with the Ailey School, PhilaDanco!, and ArcDanz Mexico. Post-graduation, she’s had the opportunity to dance with DBDT: Encore!, teach talented students in the DFW area, and perform works by notable artists such as Christopher Huggins, Rennie Harris, and Kate Skarpetowska. Tay is excited to be continuing her journey in dance with B. MOORE DANCE! 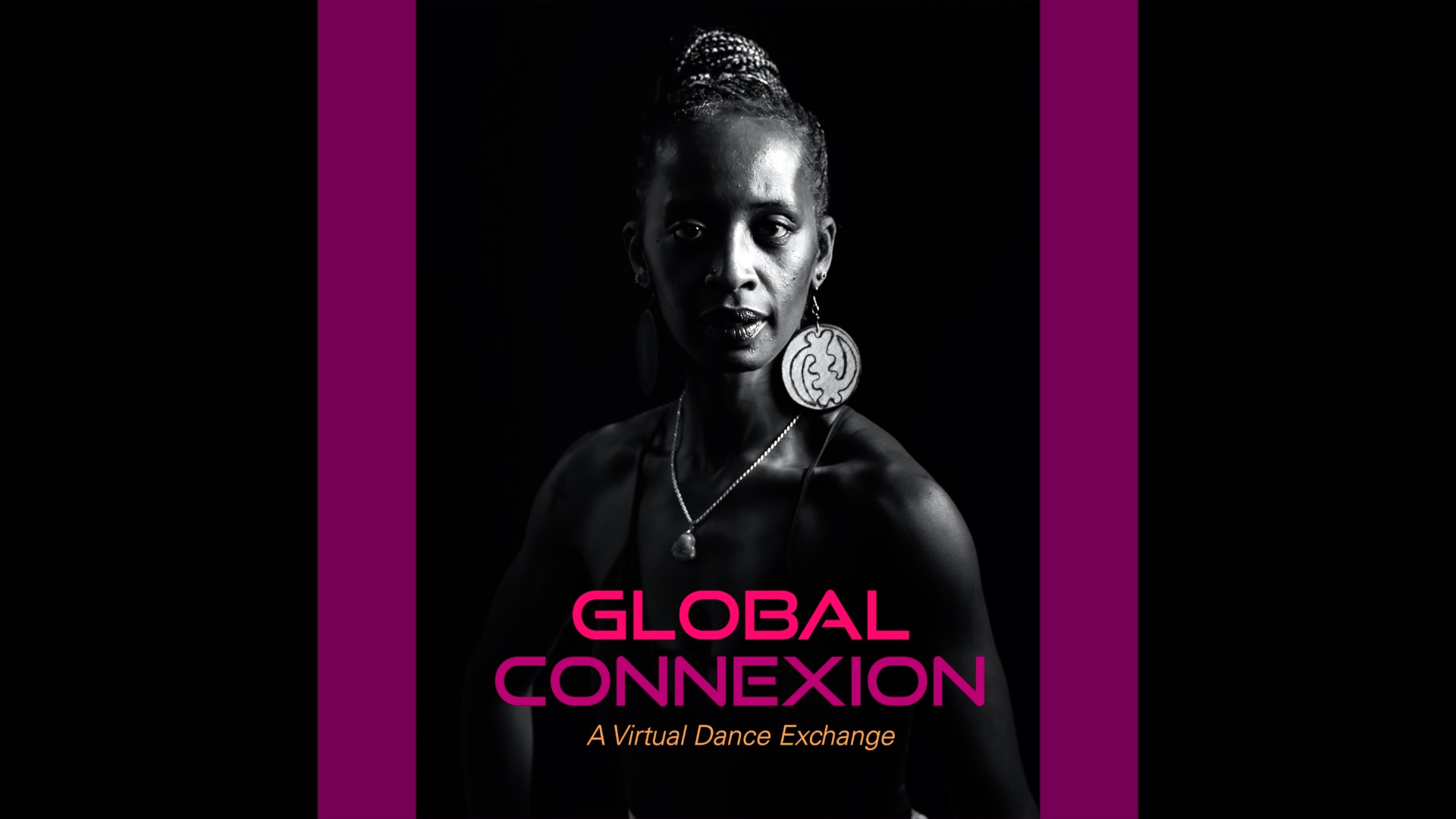 MICHELLE GIBSON (NEW ORLEANS/ DALLAS, TX) is presently a Katherine Dunham candidate for certification and 10-year faculty with the American Dance Festival. Gibson also serves on the dance faculty at Booker T. Washington High School for the Performing and Visual Arts located in Dallas, Texas. In addition to teaching, Gibson shares her gift of dance through movement therapy workshops, with seniors in facilities throughout the Dallas Metroplex. She created a curriculum for these workshops as an artist resident in her hometown at Ashe Cultural Arts Center, New Orleans.

Gibson continues to share her expertise, passion, healing practices, and culturally driven spirit with her students, and colleagues. 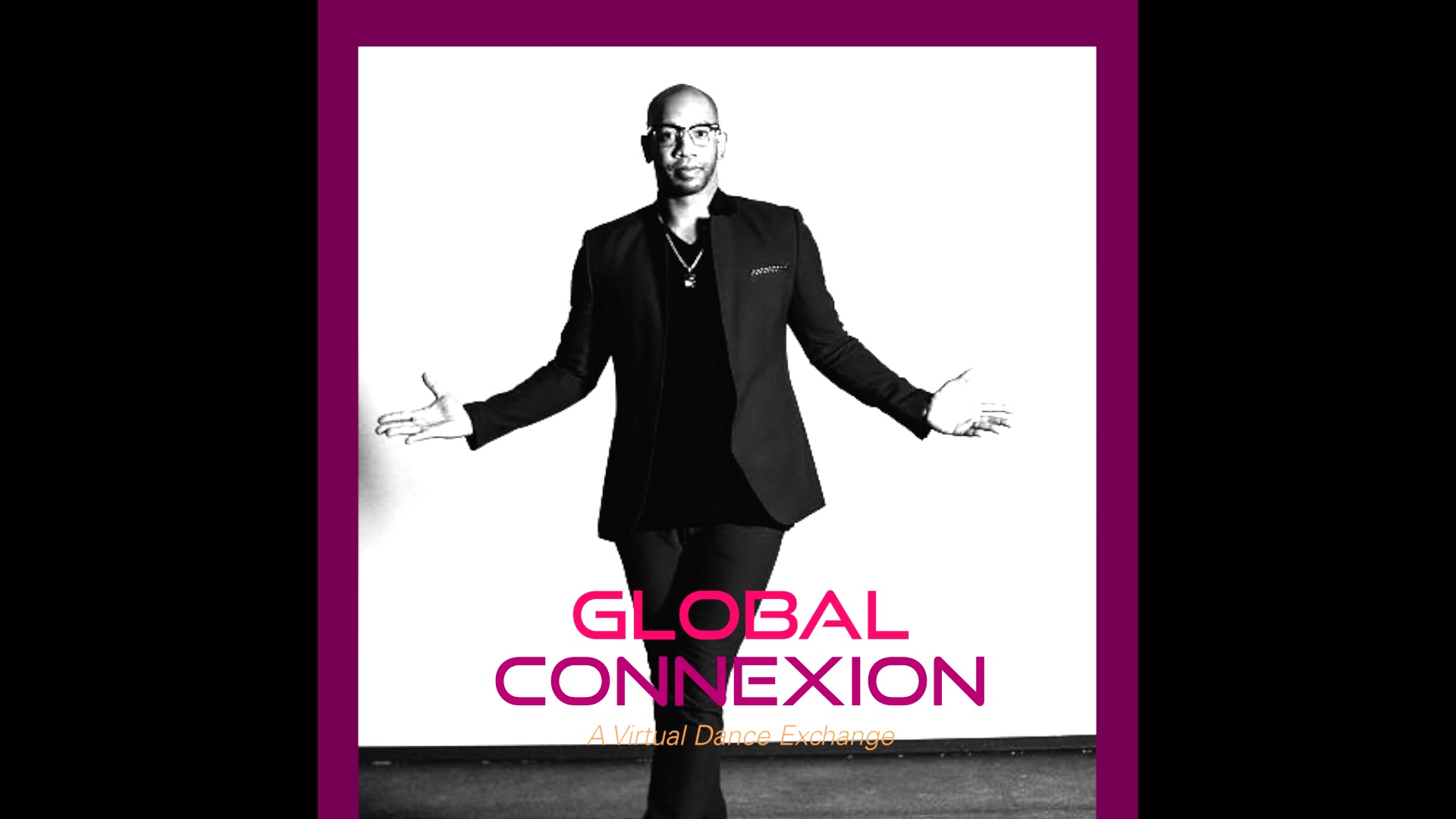 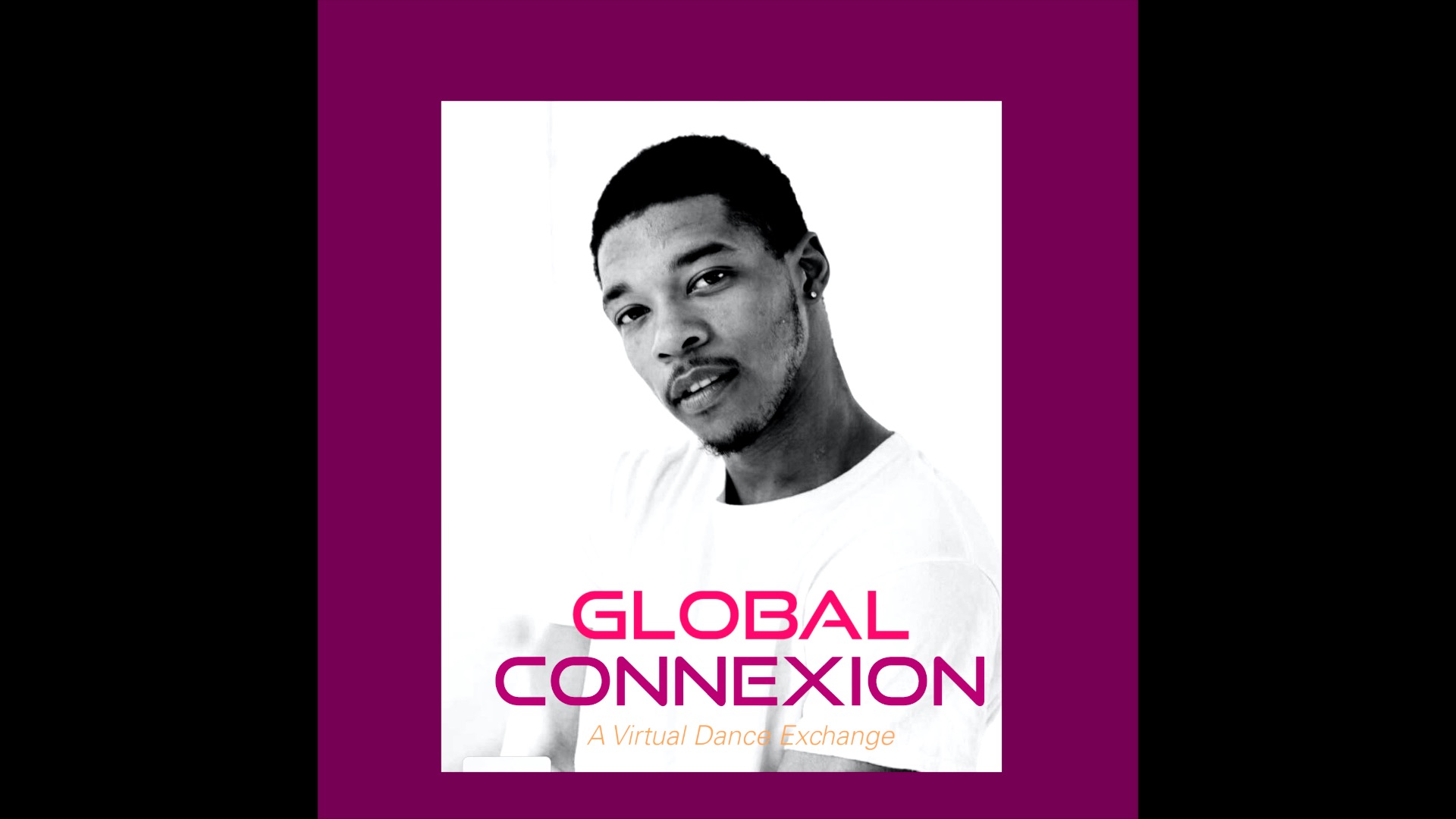 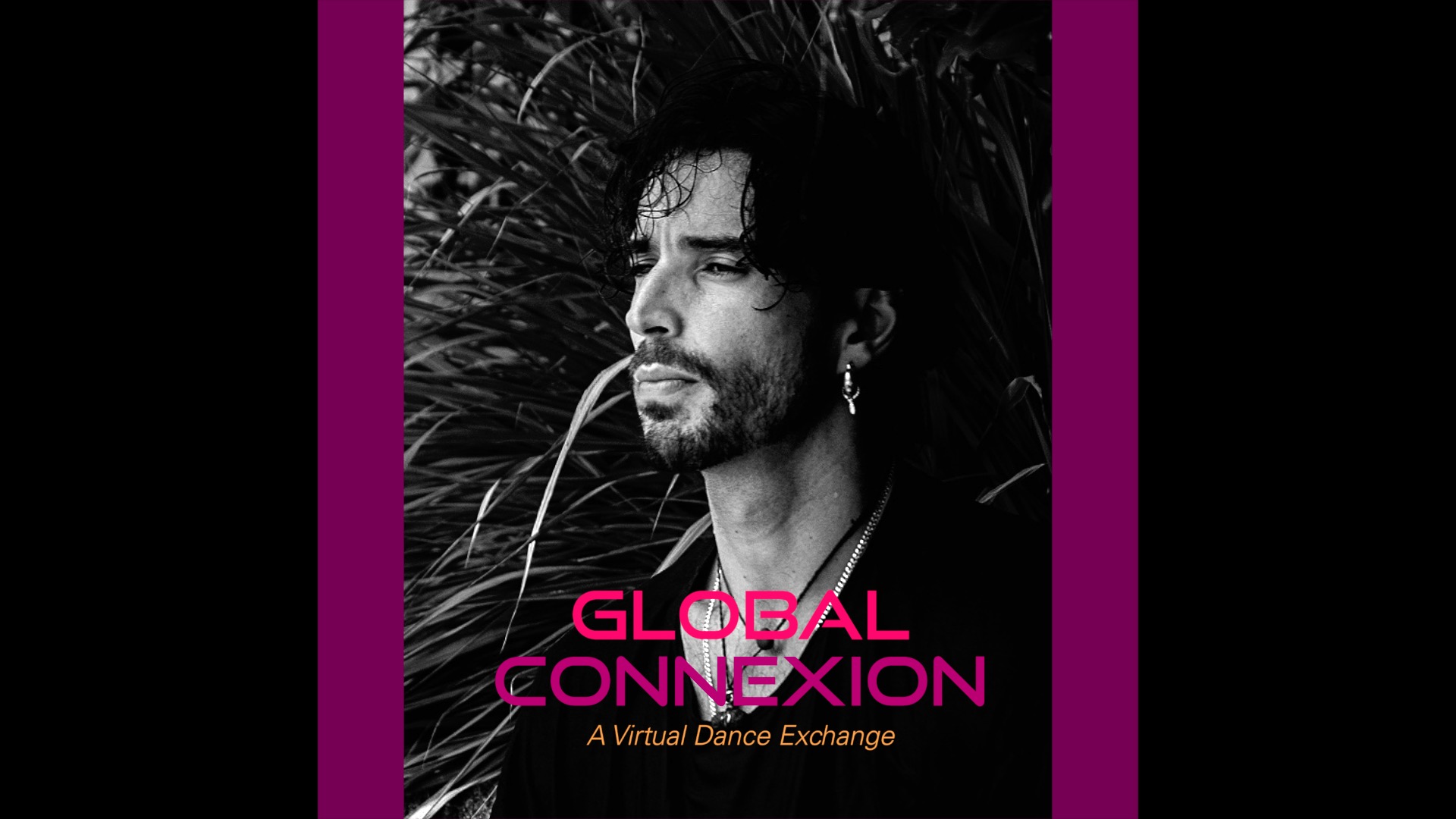 ALAN MELO (BRAZIL) is a native Brazilian dance performer and artist. He discovered his love for dance at an early age and has trained around the World with artists such as: Edson Guiu, Mayombe Masai, Irineu Nogueira, Edy Wilson and others. Melo has also participated in International Festivals, which include: House Dance Europe, Summer Dance Forever and Step Ya Game Up, NYC. He has choreographed and taught at São Paulo Companhia de Dança, and performed as a local dancer with BTS World tour in Brazil. Melo currently teaches throughout Brazil, and continues to mentor and work with students residing in Chile, Europe and the United States of America. 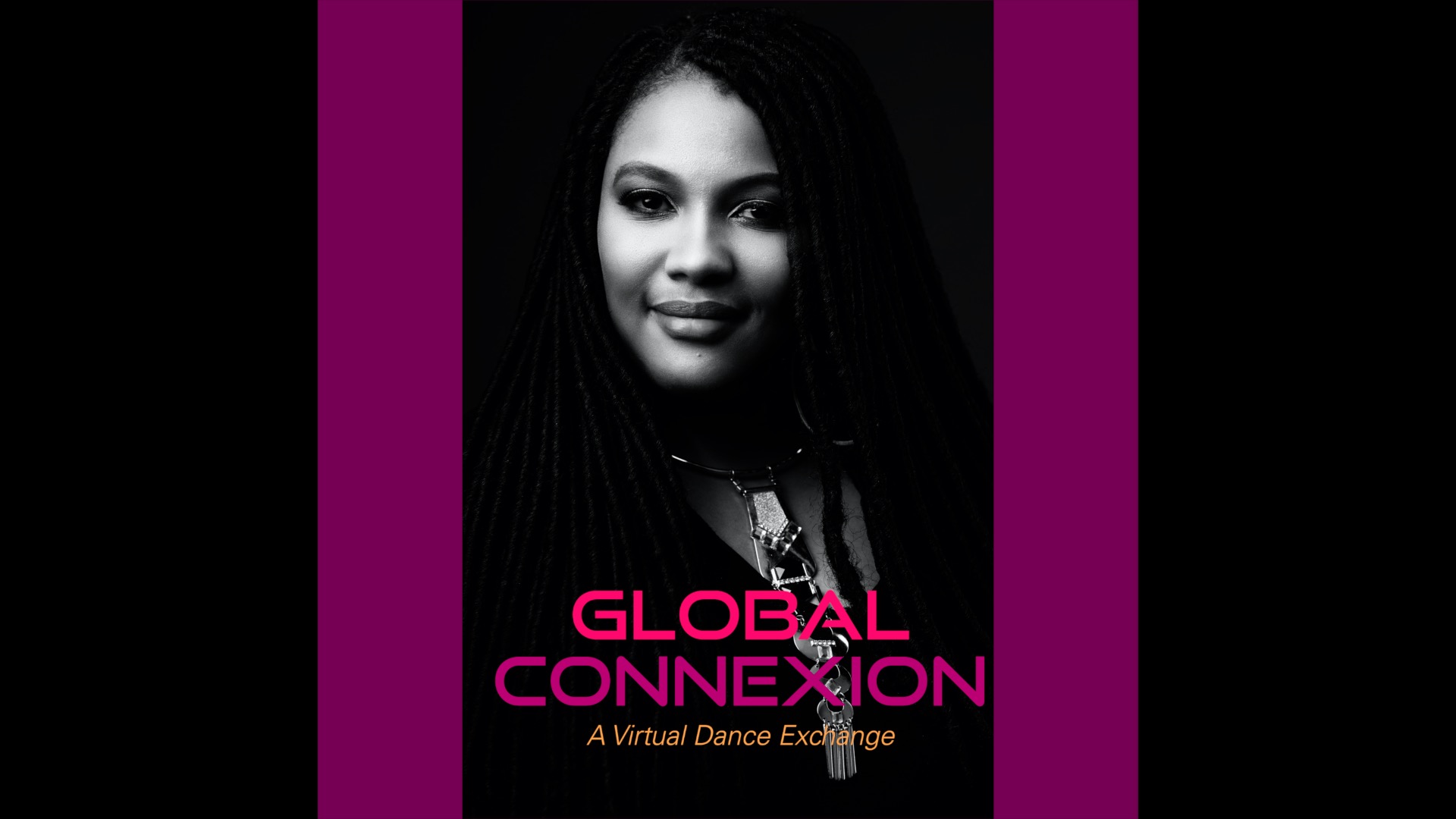 BRIDGET L. MOORE (DALLAS, TX)  is the Founder and Artistic Director of B. MOORE DANCE. Moore has served as the Artistic Director of Joffrey Ballet School-Texas and Dallas Black Dance Theatre. Moore was a Visiting Professor at Sungkyunkwan University in Seoul, South Korea (2014–2017), where she was invited to speak at the Korean International Symposium on arts education, diversity and cultural integration. 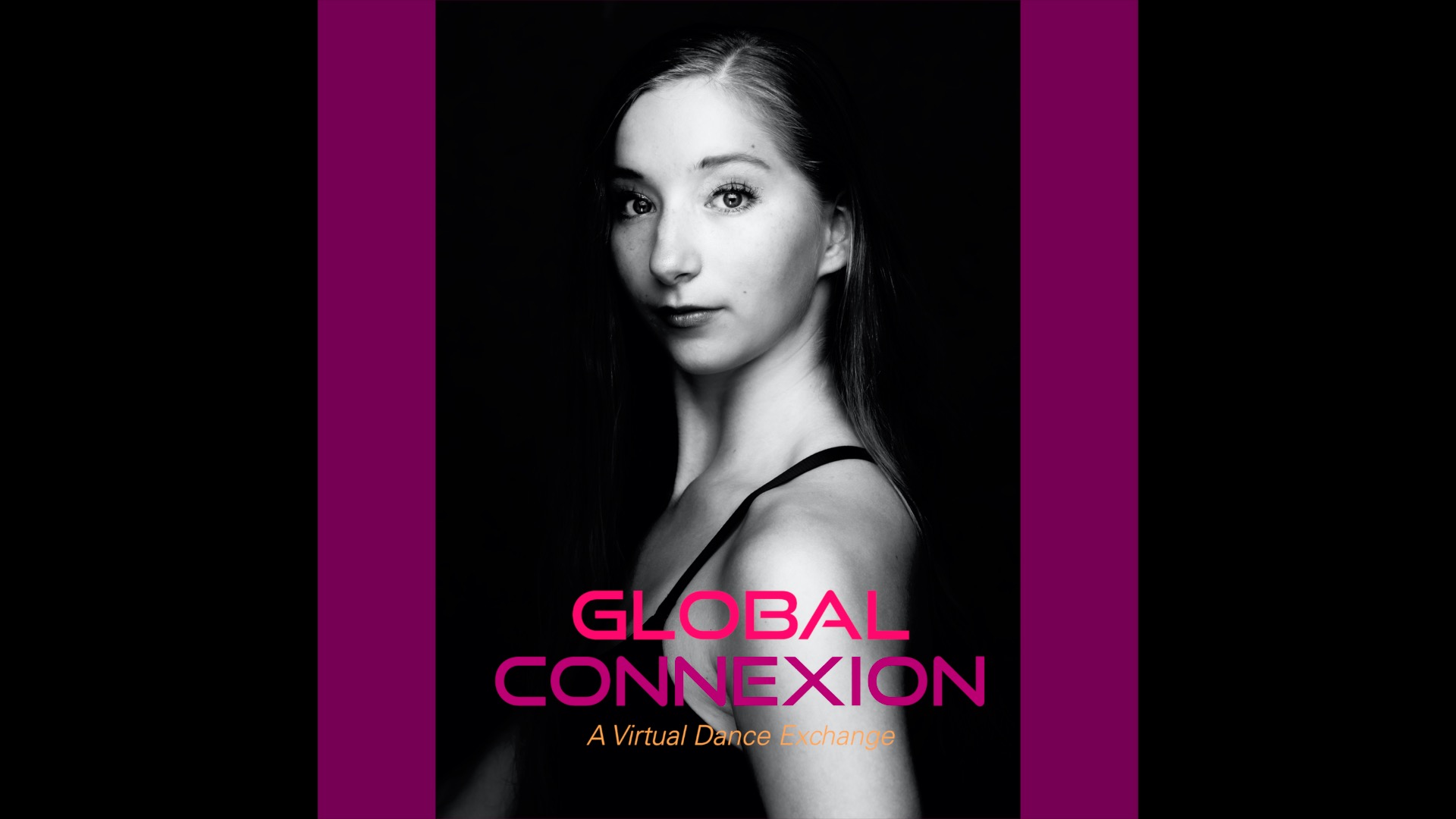 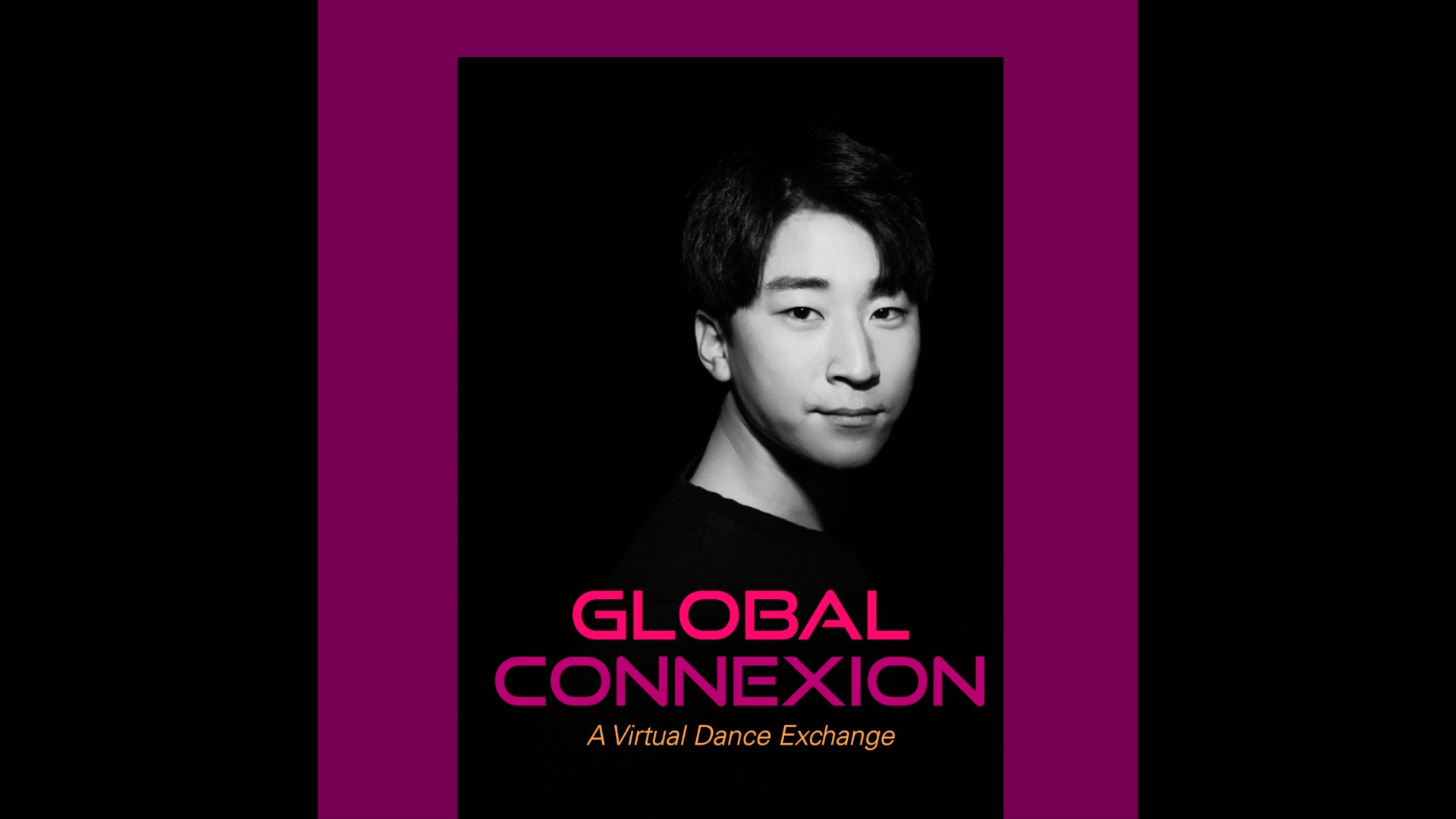 SANG JOON PARK (SOUTH KOREA)  is a dancer and choreographer based in Seoul, South Korea. As a dancer he has worked with B. MOORE DANCE, Arzid Modern Dance Company, Modeun Dance Company, Soo d Art & Co, One Dance Project and is currently working with Na-ye Kim Movement Collective. As a choreographer, Park explores finding new ways of partnering and illustrating the strength of the human body. He also teaches at the Daejeon Art High School and is continuing his graduate studies at Sungkyunkwan University in Seoul, South Korea. 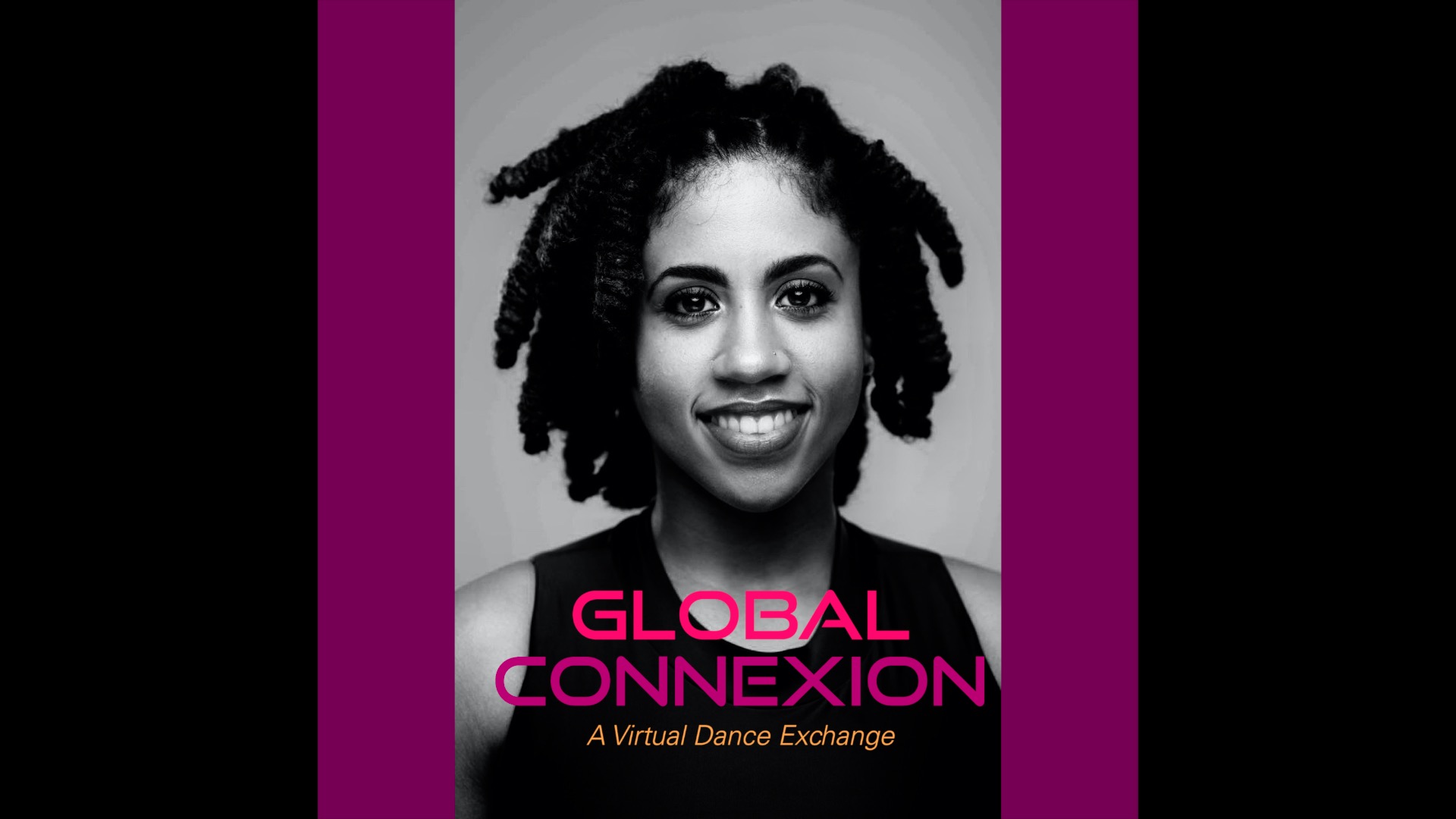 JESSICA SHAW (JAMAICA) is a Senior Lecturer in the Department of Performance and Choreography at the Edna Manley College of the Visual and Performing Arts (EMCVPA) – School of Dance in Jamaica. Her formal dance training began with the Vickers Dance Studio where she successfully pursued the Royal Academy of Dance examinations up to the Grade 8 level. After joining the EMCVPA School of Dance Junior Department and Movements Dance Company, she went on in 2009 to pursue her Bachelor of Fine Arts in Performance and Choreography at the EMCVPA – which she received in 2012 along with the Chairman’s Award for outstanding academic achievement and involvement in other areas of college life. Jessica holds a Master of Science degree with distinction in Dance Science and Education from the University of Edinburgh, Scotland and is a member of the International Association for Dance Medicine & Science (IADMS). She is, presently, the Assistant Artistic Director of L’ACADCO: A United Caribbean Dance Force, with whom she has performed since 2009. Additionally, she is certified in Progressing Ballet Technique. Her choreographic works have been mounted in Jamaica on L’ACADCO, DanceWorks, the University Dance Society and Dance Theatre Xaymaca. 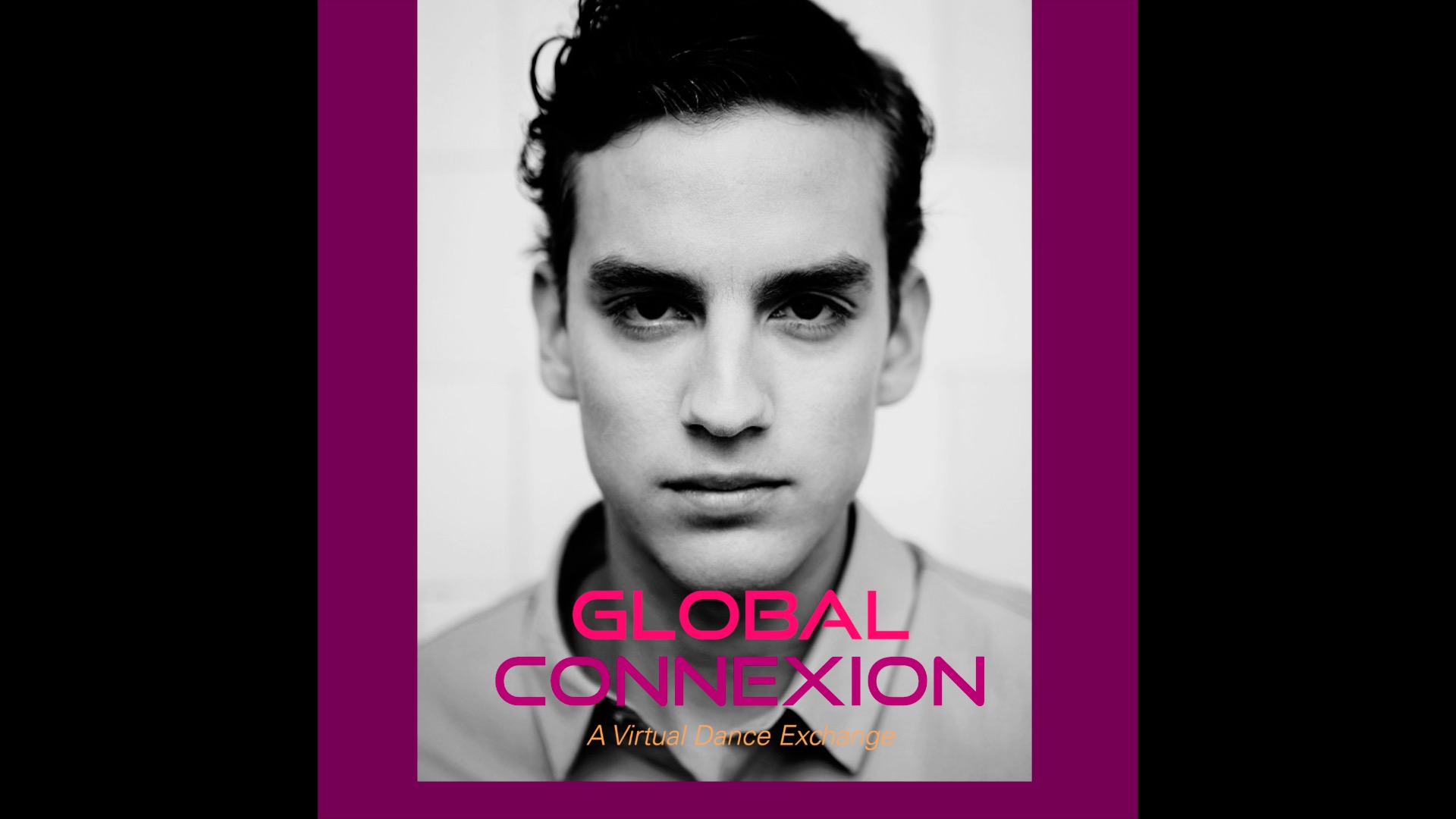 SEBASTIAN VINET (CHILE) Born in Santiago de Chile, Vinet began ballet training at Escuela de Ballet del Teatro Muncipal de Santiago. After two years under full scholarship he moved to Houston, Texas to finish his training at Ben Stevenson Houston Ballet Academy. In 2009 he joined the Houston Ballet and in 2010 the San Francisco Ballet. Vinet danced principal roles by renowned choreographers including Marcia Haydée, Kenneth Macmillan, William Forsythe, Christopher Wheeldon, Helgi Tomasson, Stanton Welch, Mark Morris, Ben Stevenson, Demis Volpi, Val Caniparoli, John Cranko, among others. He has been invited to dance at international ballet galas in England, Denmark, China, Dominican Republic, Uruguay, Indonesia, Russia, Mexico, Argentina, Brazil, Ethiopia, Colombia, Japan, Australia, the United States, Hungary, Canada, Peru, Paraguay and Switzerland – where he was one of the winners and an apprenticeship recipient at the 2009 Prix de Lausanne.  In 2017 Vinet was the artistic director and creator of the first international ballet gala to be presented at the emblematic theater in Chile Teatro Oriente. In 2018 he was mentioned in Dance Australia as one of the best performances of the night during the premiere of FORTE in Melbourne, Australia and in 2020 he directed and founded the digital show interMission, a production filmed in three continents gathering some of ballet’s biggest stars all coming together digitally to raise funds for the international charity Save The Children. 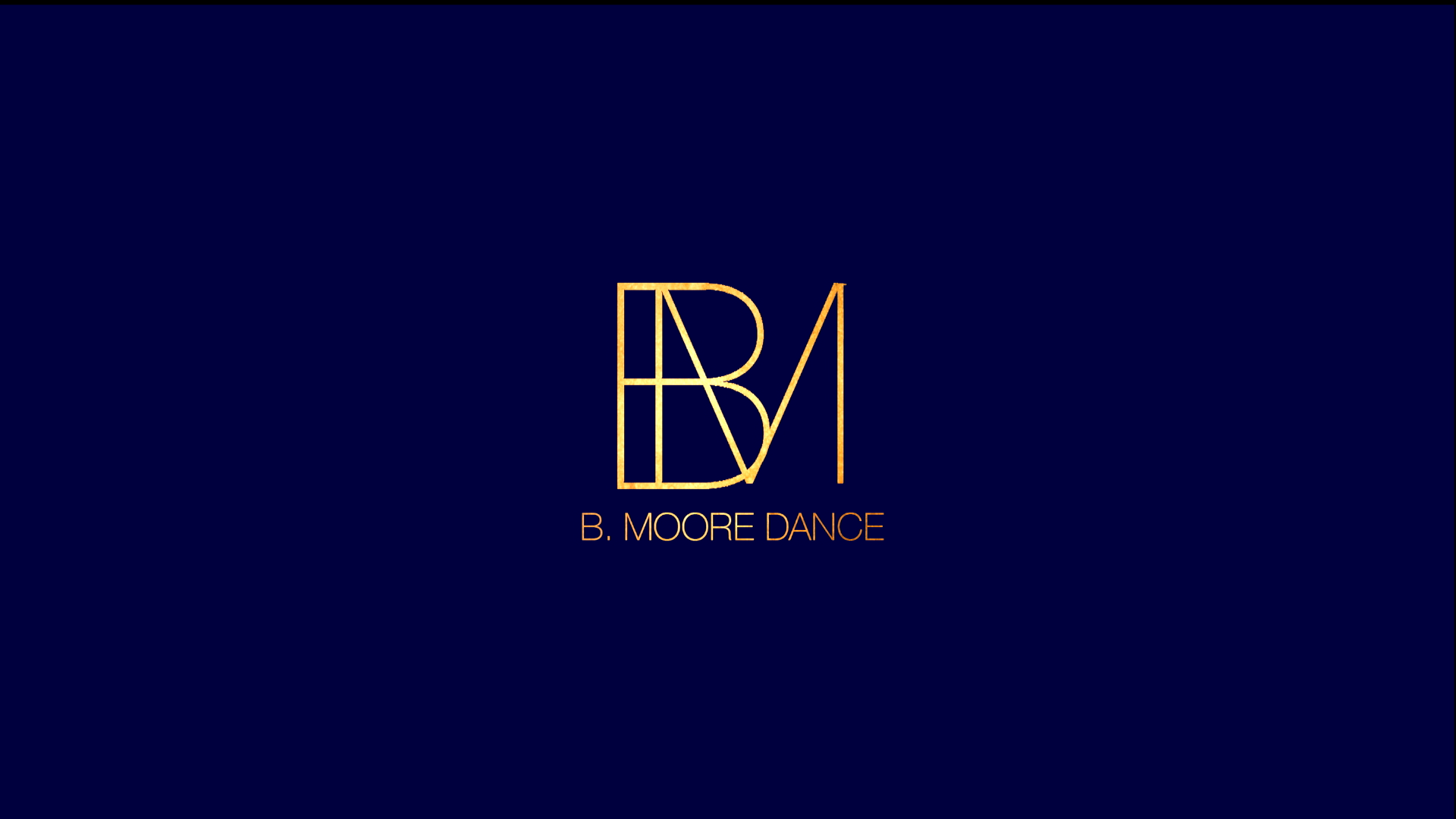