The mission of B. MOORE DANCE is to empower and transcend generations through the art

of dance by cultivating the arts through leadership, education and performances. 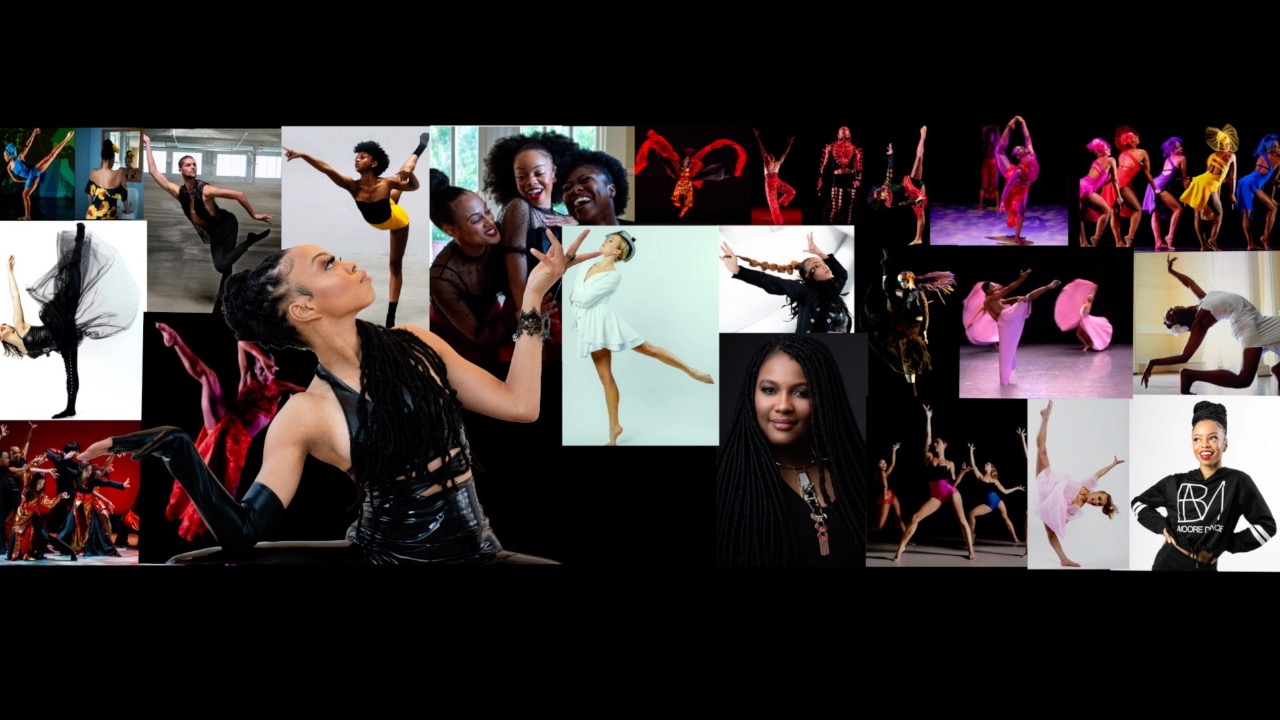 B. MOORE DANCE Presents two eight-week residencies under the Community Arts Summer Residency Program. Residencies will focus on dance classes for adults and senior citizens that reflects (2012) Southern Recollections: Romare Bearden, a choreographic work created by Artistic Director, Bridget L. Moore, based on a series of collage paintings created by artist-painter, Romare Bearden. Workshops will include improvisation, arts and crafts, music listening, dialogue and discussions, line dancing, choreography and more based on African-American culture. All services will be free and open to the public. Instruction will take place targeting City of Dallas Districts 2 & 6.

Romare Bearden (Collage Artist/Painter) was one of the most influential African American artists of the twentieth century. He grew up in New York and contributed largely to the progressive art of the Harlem Renaissance. He captured lively scenes of everyday life in his former hometowns of North Carolina, Pittsburgh and Harlem. His work told many captivating and inspiring stories to draw attention to social realism and to celebrate the African-American experience. Some of his most highly regarded works take on the subject of music, Jazz and Blues in particular. He even composed music and played in various jazz bands.

Collage comes from the French word coller, “to gum or stick something together.” His work was created by gluing fragments of paper, fabric, scraps, photographs, drawings, and images in magazines and newspapers to a flat surface. In addition, he used watercolors, oil paints, and inks to make his collages. He enjoyed many art forms and styles including African, Asian and European art.

The Harlem Renaissance (1919-1929), was a period in American cultural history when Black artists felt a need to contribute their African heritage and pride in a positive way to the visual, performing and literary arts. Romare Bearden captured many wonderful images from his childhood memories and images of the people and places throughout his life. His work is rich with narrative details about black community life-public and private. It is apparent that Romare Bearden had an amazing ability to unify the mixed media of his work through experimentation to communicate universal themes with profound art.

First up is the anticipated, Rose Gold (World Premiere). Moore states, “there is nothing sweeter and yet more lethal in symbolism than the rose.” Associated with love and beauty, Rose Gold, contemporary and classic in form, reflects the human experience and conveys the greatest gift of expression to the world, LOVE.

J A N E T., celebrates and honors the socially conscious and iconic Queen of Pop, Janet Jackson. This work is exciting, dynamic and encompasses the versatility in the company’s repertoire.

Audiences across the globe have deemed  the riveting, Sketches of Flames, as a favorite and is one of Moore’s signature works. It is a rapturous and flamenco influenced dance with African-American contemporary aesthetics. Set to a series of passionate folk songs, each section of this eight-part work depicts a different facet of the joys and sorrows of love.

i am magic examines the narratives of Black Women and creatives of the 20th and 21st Century. Relevant to the times, this work focuses on women who used their art and experiences as a catalyst for social change. Artists such as Cisely Tyson, Angela Davis, Mahalia Jackson, Nina Simone, Eartha Kitt, Audre Lorde, Katherine Dunham, Billie Holiday, Dr. Pearl Primus, Nikki Giovanni, Lorraine Hansberry, Ella Fitzgerald, and Sarah Vaughn, among others, were instrumental in promulgating social justice and imbedding the Civil Rights philosophy into the minds and hearts of Americans.

We honor these women through music, dance and brilliant poetry written by author, film director and activist, Kevin Powell. These women rose above systems of oppression and through their talent and genius, advocated for the change they wanted to see in the world. They are representative of our mothers, aunts, sisters, friends, constituents, and artists who live amongst us, creating magic in every sense of the word.

i am magic (film) will be a featured film on B. MOORE DANCE digital platform, Dances on the Reel and is made possible through the Moody Fund for the Arts.

MOODY FUND FOR THE ARTS

B. MOORE DANCE join forces in collaboration with Omar Ramos Photography in Love Etudes. On Valentine’s Day, and for one day only, this ephemeral work explores love, passion and happiness. The collaborative project captures and displays emotion within motion through a series of vignettes and still digital images. Love Etudes premieres at One Arts Plaza in the Dallas Arts District, and will be presented in four part sets.

B. MOORE DANCE  season opens with a dynamic and exciting work entitled, Janet., celebrating and honoring the socially conscious and iconic Queen of Pop, Janet Jackson! Excerpts will premiere at the Dallas Fall Arts Festival, produced by Bruce Wood Dance and The Dallas Conservatory at Klyde Warren Park. See the full line up of  incredible artists. http://www.brucewoodance.com

B. MOORE DANCE will present Janet., in its entirety at Moody Performance Hall, July 8-9, 2022. A documentary-short, filmed and produced by the Pegasus Media Project, will be shared and presented on the company’s social media and digital platform, Dances on the Reel.

HOLIDAY IN THE CITY

Join us for an evening of dance with the dynamic dancers of B. MOORE DANCE, accompanied by live music, and help us celebrate the Holidays with the spirit of good tidings, joy and happiness.

Seating is limited so get your tickets now to reserve your spot!

We look forward to celebrating with you soon!

DANCES ON THE REEL 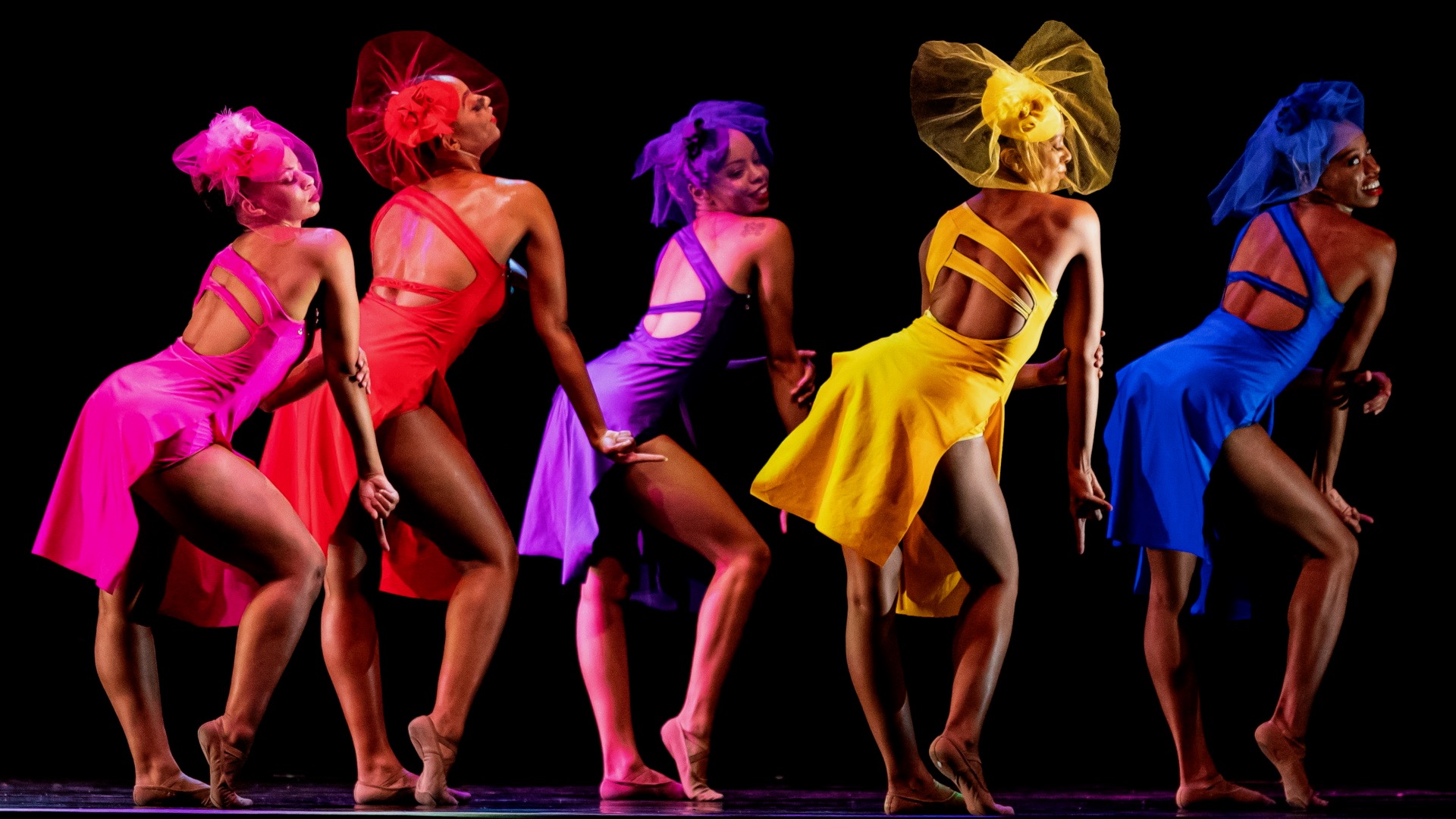 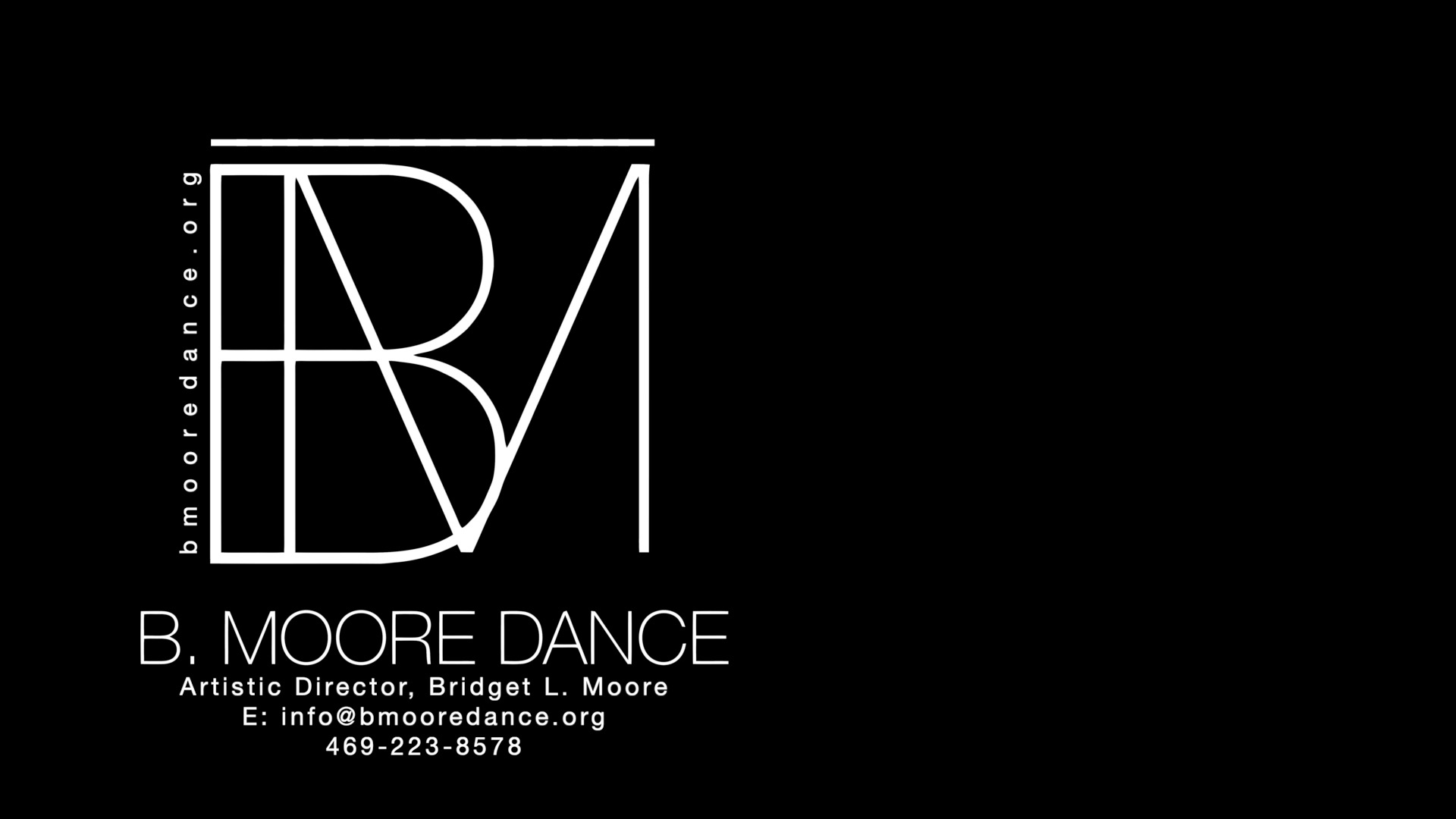